Sewing makes up some of my earliest memories…but real talk, what four year old makes anything worthwhile?  Not to shit on four year olds, but they’re generally not known for their spatial awareness and problem-solving skills.  So, yeah, I’ve been ‘sewing since I can remember’ but what I remember is making a really shitty teddy bear out of green upholstery velvet scraps, with non-matching thread, that leaked stuffing out the sides thanks to my giant stitches.

What really started me with costuming in general was the Lord of the Rings trilogy.  I also was very interested in the Star Wars reboots that happened around the same time (visually speaking; storytelling-wise I prefer to pretend they never existed), but the LOTR designs spoke to me on a level that compelled me to try my hand at recreations. 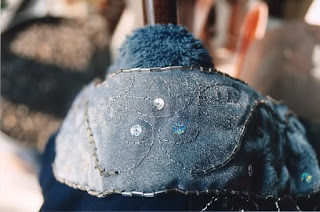 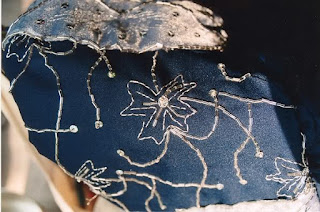 During my university years, I worked for two summers at a historic site in my state.  I'm soooo embarrassed by some of the stuff I sewed while there, but I have to remind myself that there just wasn't the same availability of resources for materials and information that there is today.  The body of knowledge on 18th century material culture and fashion in particular has just exploded in the last ten years, which is great, but it makes my early attempts even more cringey than they would have been otherwise.  Oh well...if you can't laugh at yourself, who can you laugh at?


I'm going to take the liberty of skipping that whole embarrassing learning curve and move onto some stuff that, while not perfect, I would actually still wear in public these days (if I hadn't sold it long ago.)


Looking at my previous work, I feel like 2009-2010 was where I finally hit my stride, so to speak.  I'd been sewing before that but I'd still be proud of the work I did starting in that time frame, whereas the stuff before it is pretty bad.  Reminiscing also reminded me...I really miss the 18th century!

Anyway, my blog picks up around the time I started defining myself as a historical reenactor and seamstress, so I think that's a good place to leave off with my roots!