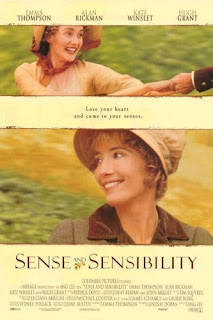 By the time I saw this movie, it was probably already 10 years old.  I was in college and in the habit of staying up after midnight to do homework after everyone else in the house had gone to bed.  I liked to have the TV on quietly as background noise.  I very clearly remember the night this movie popped up...and everything stopped.  For two hours, I was enraptured.  More than likely, no more homework got done, because I spent the whole time staring in awe at the screen.

This film, I believe, was my stepping stone between movie costuming and historical sewing.  Historical fiction in print always left me cold; I never was very good at picturing the characters in their proper environments, wearing the right clothes...but this.  Oh, this.  The world was so rich and beautiful, set off by the stunning cinematography and filled with gowns to die for.  I wanted to be part of it in a way that Jane Austen's writing never caused.  (I know...heresy! Sacrilege!)

I'm sure anyone who's seen the film will recognize the inspiration for my outfit as seen on Elinor in the movie, as well as the construction taken right from Janet Arnold.  Fortunately my sister has a great deal more good sense than Marianne Dashwood, though!


Obviously I greatly favored Elinor's gowns from the movie, but they all served as a jumping off point to the deep dive into regency fashion and reenacting that has become my life.  Thanks, cast and crew of Sense & Sensibility!  I bet in 1995 if you had told me this movie would be a life-defining moment...I'd have laughed at you.  But, here we are.  I'm working on regency clothing right now!
Posted by Katie Lovely at 8:00 AM