As everyone knows, fabric must be properly 'aged' in one's stash before a project can commence, so the fact that the wool for this habit has been reaching peak condition in my collection for several years should come as a surprise to no one.  It's a lovely navy twill weave with a touch of teal in it, which I got from 96 District Fabrics.  I truly love the color, but that touch of teal made it quite the adventure to find coordinating silk!

Like most fashions, riding habits came in various styles, with varying levels of fuss and embellishment.  I knew I wanted something relatively simple, and found myself preferring those that seemed to follow menswear shapes and trends--lapels, stand and fall collar, folded cuffs.  I also knew I wanted my skirt plain rather than heavily embellished, since the ultimate goal is to ride in this getup.  You do see some highly decorated skirts, but for something I plan to get dirty and covered in mud and horse hair, that seemed like overkill.  I don't have a lady's maid to air and brush my clothes!

Many habit skirts in this period are depicted as being quite long in order to fully conceal the rider's feet when she's on horseback.  You can see that in some of the fashion plates and paintings in my last post, and there are a few published examples in the Kyoto Costume Institute's book Fashion and in Janet Arnold's Patterns of Fashion I.  I used Arnold's diagram as the basis for my skirt, but the little bodice that supports the skirt would have been for someone about half my size, so that's where I started to branch out. 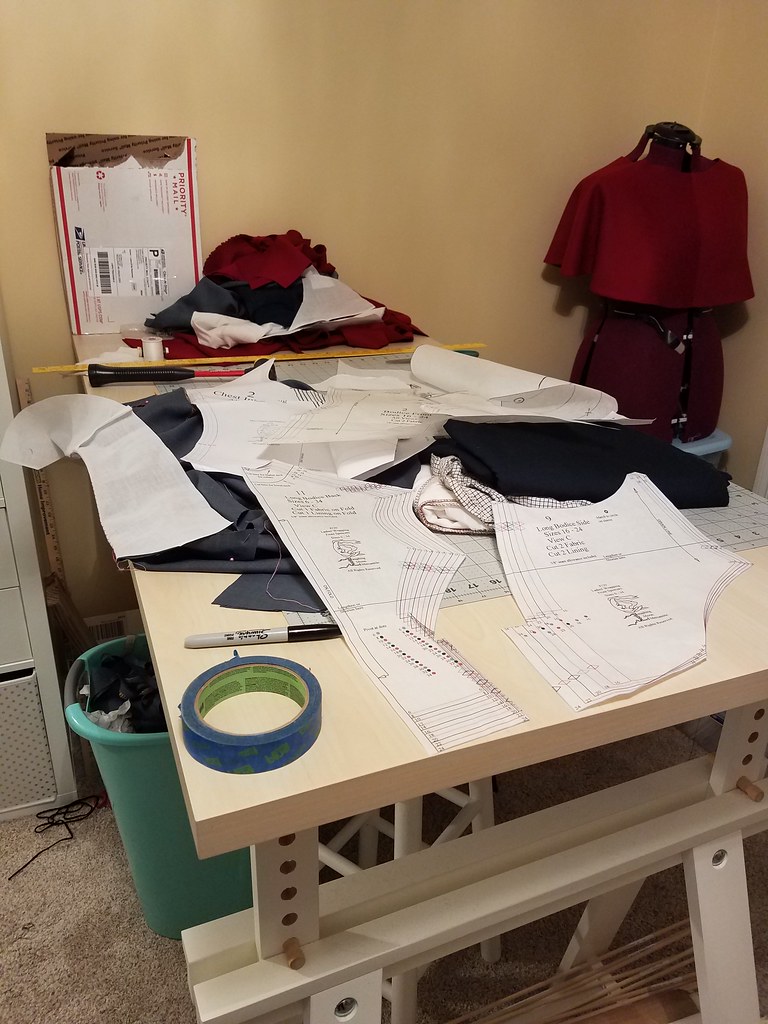 At the time of this writing, I had just used Laughing Moon #129 as the basis  for the bodice of my winter-weight pelisse (yet to be documented on this blog), so I had a pretty good idea of how I could modify it to suit my needs.  I used the version without a peplum as the base for my skirt support bodice, and the version with a peplum as the starting point for my jacket.

Modifying the pattern for the skirt bodice involved taping the pattern pieces together with blue tape, tracing them as one piece, and then modifying that tracing largely with guesswork and a lot of staring at Arnold's diagram. 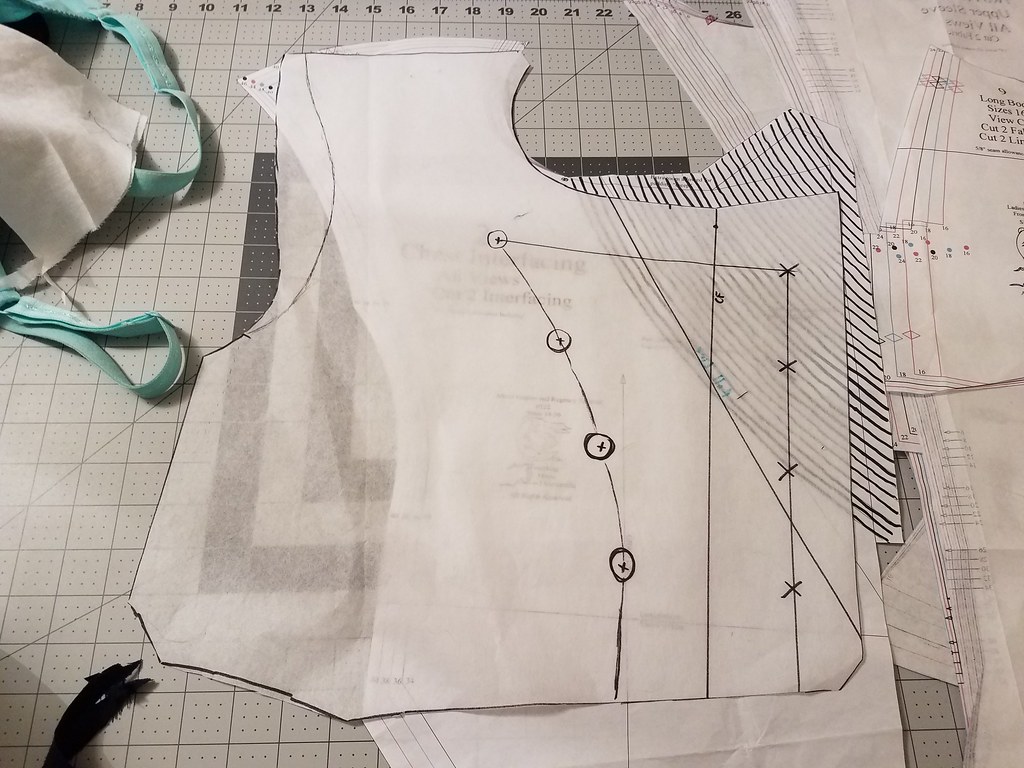 Modifications for the jacket were only marginally more scientific.  I basically wanted lines similar to those of a man's tailcoat.  I had previously used Laughing Moon #122 to make a coat for Rich (also yet to be documented here...it's a theme) that I feel turned out very nicely, and had basically the lines I wanted.  Overlaying the front pieces of both patterns, I traced a new front and threw together a mockup. 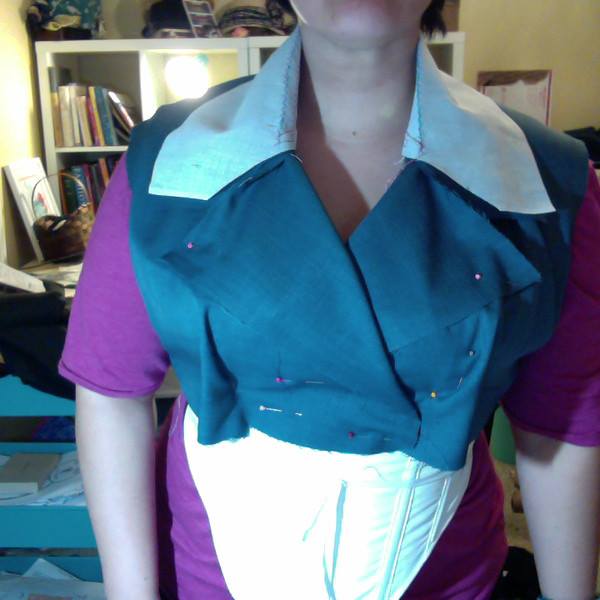 With fabrics and pattern sorted, it was time to get going!
Previous Post: Inspiration & Resources