What I made For Old Fort Erie: Food and a Shortgown!

It is a truth universally acknowledged that a single man woman in possession of a good fortune dutch oven must be in want of a wife charge of food at any given reenactment.

Blah blah historically inaccurate, I know I know.  But let's get a few things straight:

I really like food.
I also really like playing with fire.
I enjoy the undying admiration and devotion of men who are well fed.

So, while it's not an amazing camp follower portrayal, putting a woman in charge of food does mean that sh*t gets done, even when all the men have to go blow up black powder for the pleasure of the paying guests.  Also, I'd rather play with fire than do fake laundry for paying guests who are really just there to see soldiers blowing up black powder, so there's that. 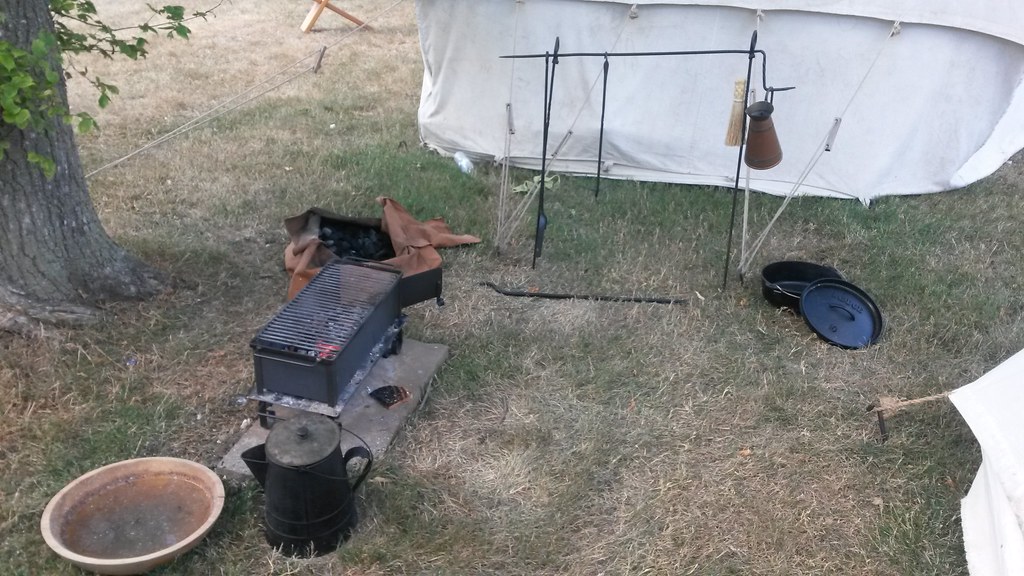 So, in summary, this was my duty station of sorts at Old Fort Erie.  Thanks to unusually dry weather, there was a fire ban at the site, so no fire pits or split logs allowed.  Braziers, however, were permitted, as long as we used charcoal or other "non sparking" fuel.  Lesson learned: "non sparking" doesn't mean "clean burning."  We had plenty of ash.  The hardwood lump charcoal that Rich procured at our friendly neighborhood Tractor Supply worked extremely well, however, and we made lots of toast and heated stew very successfully.

My faithful red and white checked dress seemed a trifle delicate for the rigors of camp life, though, and cooking in white (or even partial white) seemed awfully ambitious for someone as accident prone as I am.  So, when it came to pass that I was volun-told to take care of food for the weekend, it became clear that I needed to invest in some new wardrobe staples. 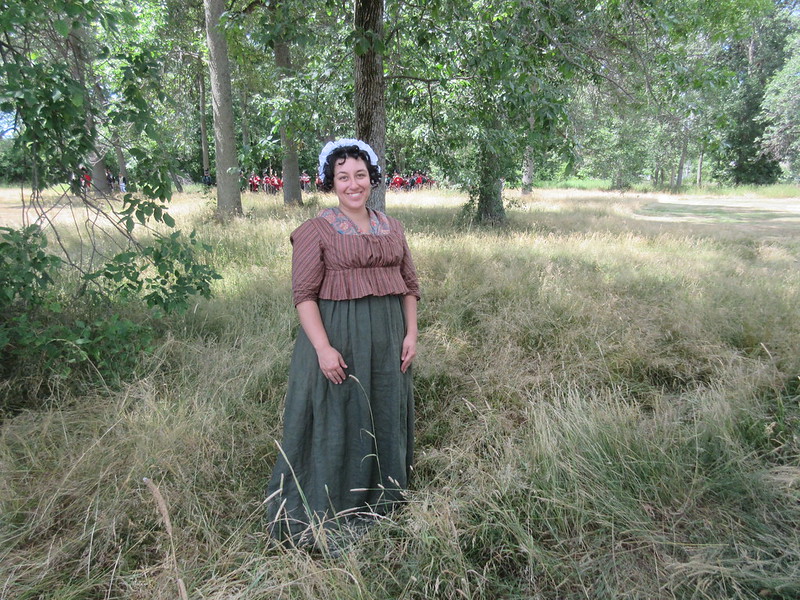 Inspired by Katherine's Shortgown Tutorial, I liberated a length of cotton print from my stash and set about following her instructions basically to the letter. 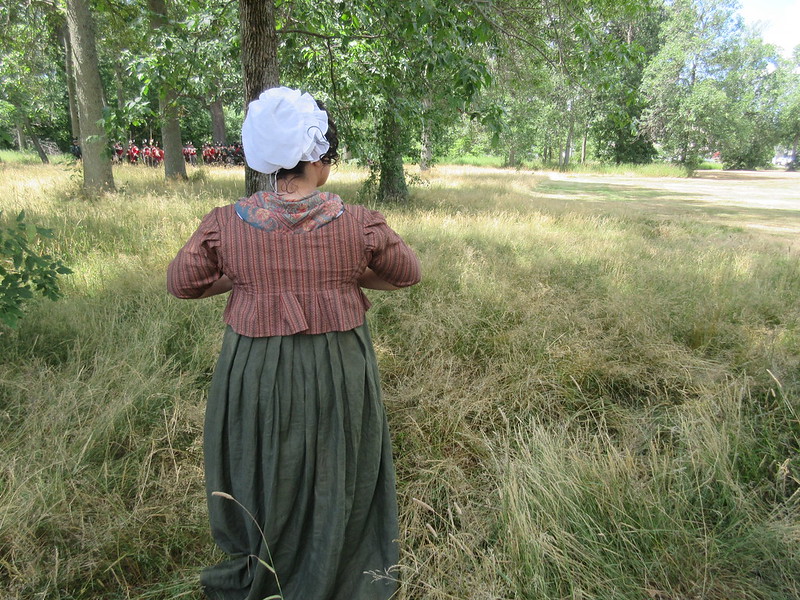 Mine doesn't have the cute little buttons in back because I got lazy. 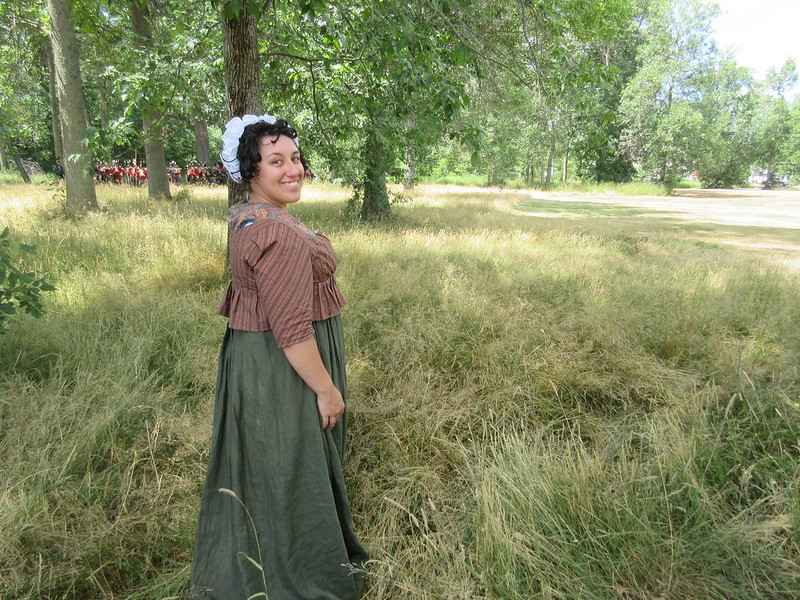 A couple things about the sleeves:  For one, I wish I could say that the bias cut was a purely design decision, but it was in reality the only way my sleeve pattern would fit on my fabric without piecing.  And, I'm lazy, so the least amount of sewing I could get away with was ideal!  For another, I used another of Katherine's tutorials for setting the sleeves.  Namely, the sleeve cap and the armscye did not match up AT ALL.  The sleeve was originally drafted to be a puffed sleeve, but I wanted a tighter fit through the arm.  So I seamed the sleeve smaller and just fit it into the armscye however it needed to go, without matching the cut edges to the armscye at all.  There are untrimmed bits of extra fabric inside.  I didn't clip any of my seam allowances.  Fight me.

But no, really--I was super happy with how the shortgown turned out and I feel like all the making do with what I had on hand suited the project very well!  Also I'm calling the half-assed sleeve patterning a success because I had great range of motion in this, which was excellent for all the camp work I did.  Next I just need to put a couple more tucks in that petticoat.  It wasn't terrible, but it was a hair too long for all the bending required to cook on the ground.
Posted by Katie Lovely at 11:29 AM 5 comments: