This is not the update I hoped to have for this week.  It's also not the day I hoped to update for the week...I try to aim for Mondays.  It's now Friday.  $#!& happens, I suppose.

Anyway, last weekend Rich and I went to Ikea.  For us, it's a three hour trip each way, so it pretty much takes a whole day.  We managed not to get too lost in the showroom and only spent 50% more than we planned on, so yay? 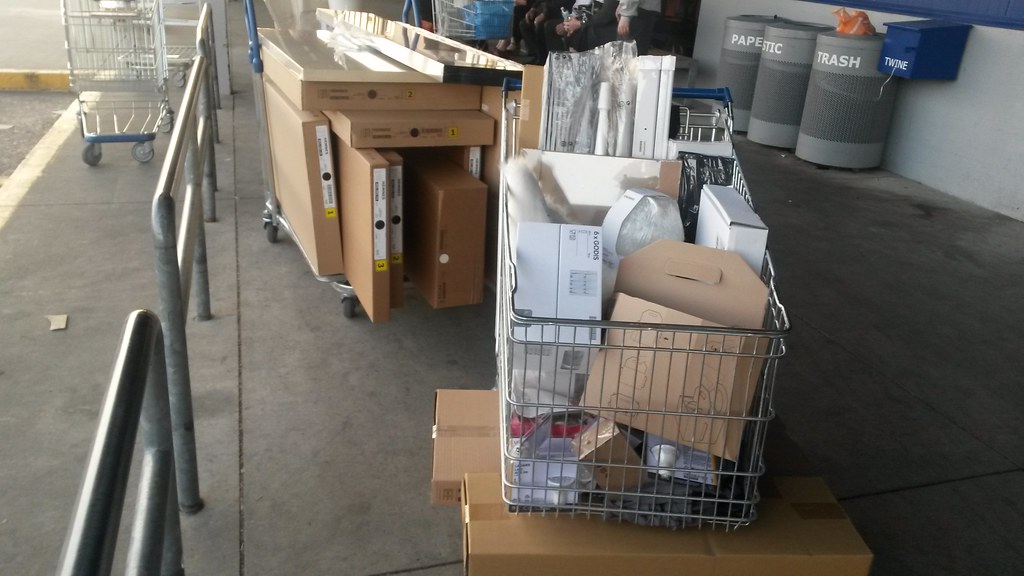 We got a LOT of stuff, though, including but not limited to all new storage for our bedroom, and several days' worth of assembly to complete. 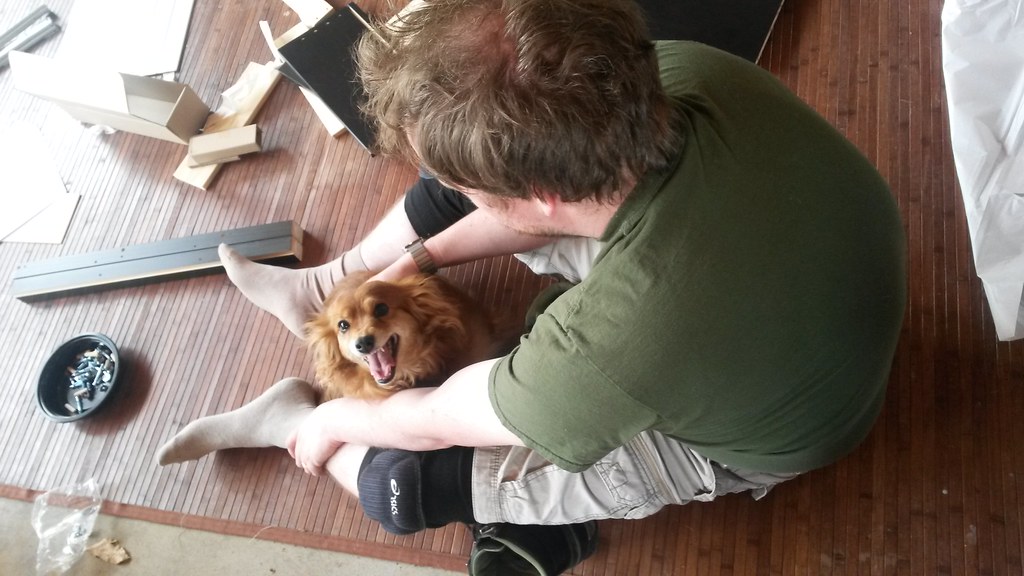 Fortunately for me, Rich is very good at deciphering Ikea instruction pamphlets.  Fortunately for our marriage, I recognize my limitations in this matter and am content just to follow his lead.  So, on Sunday, we got two nightstands, a dresser, and these assembled: 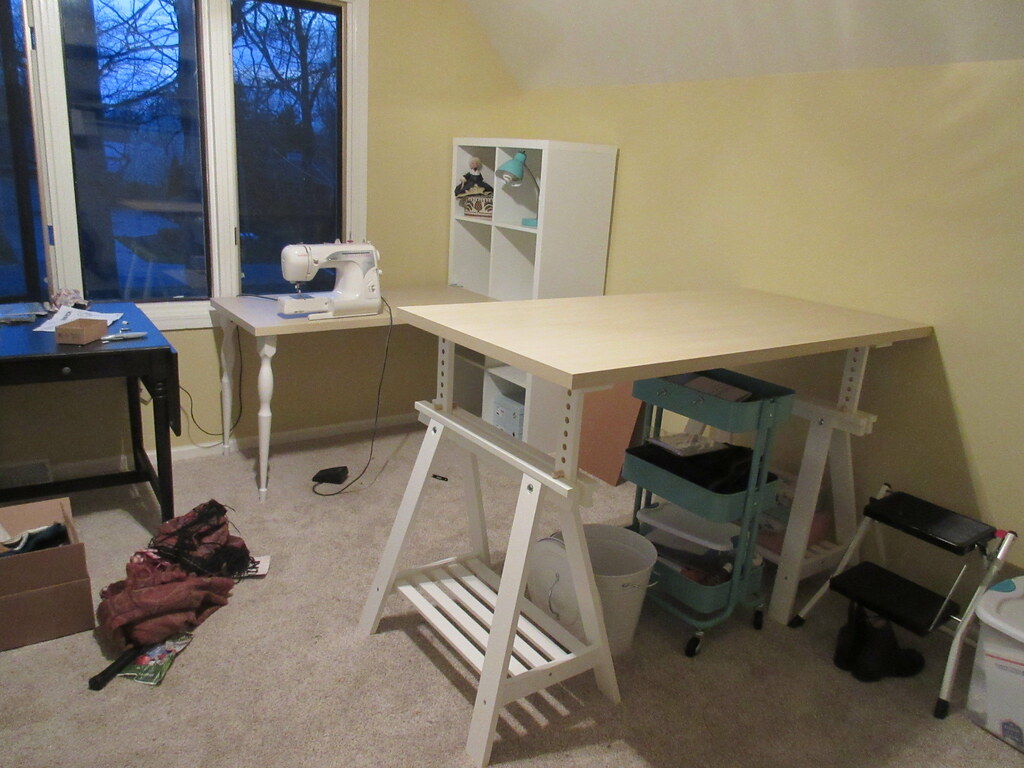 The cutting table (about which I am SO freaking excited!) actually served us very well in the garage for a while as an assembly surface for our bedroom furniture. 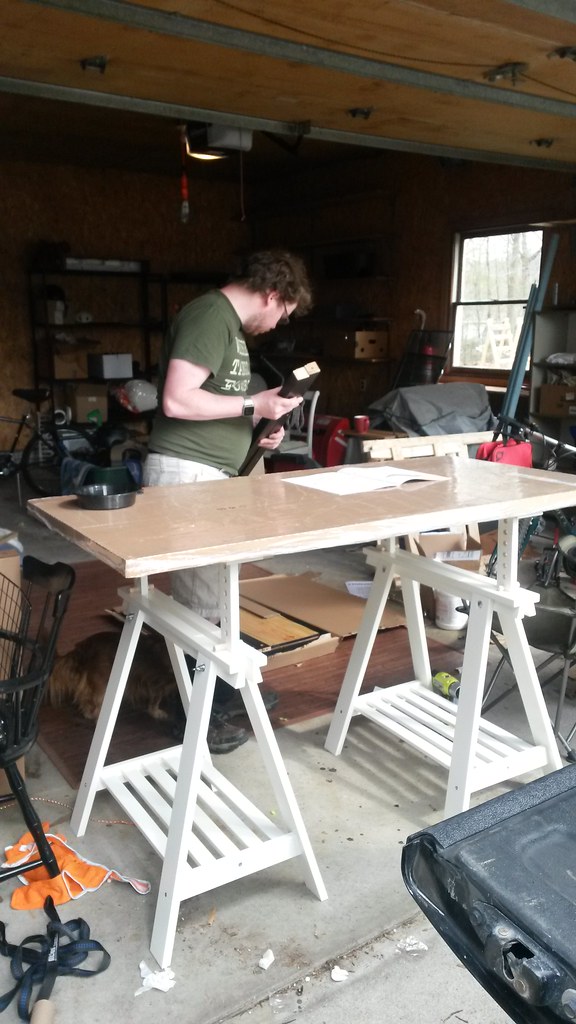 I can already tell that I am going to want more of the cube shelving units, probably a swivel desk chair, and eventually I'd like a computer desk that goes with the sort of birch/white color scheme I've got going on, too.  But until then, this works for me. 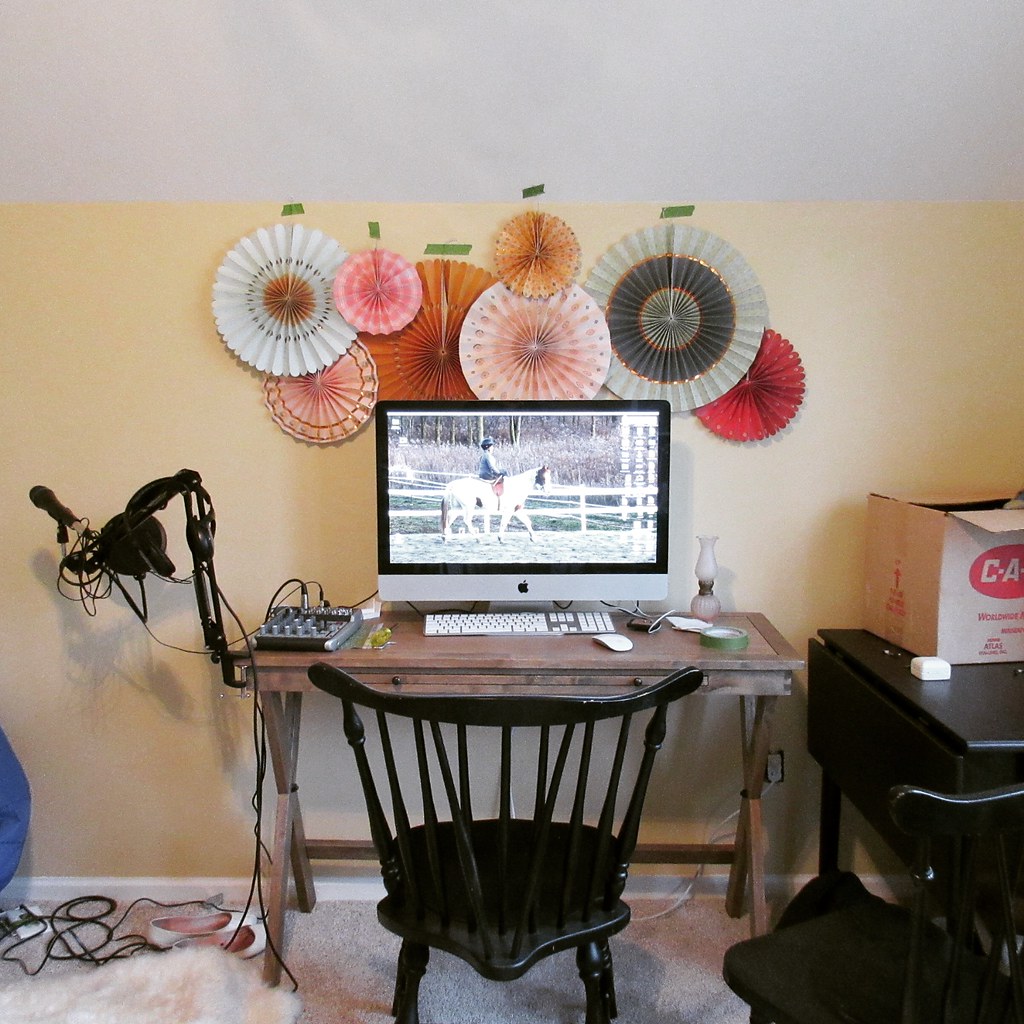 My computer was at the doctor for a bit over the past couple weeks, too, which is partly why my new and exciting content has not yet made an appearance on the blog.  It's so good to have it back, and to be making the space my own!  As you can see, I'm experimenting with some decorating ideas (hence the frog tape temporarily holding up the paper fans).  I also purchased some art to go somewhere in the room.  I'm not usually one to just go buy random art, but this just speaks to me on a deep, visceral level... 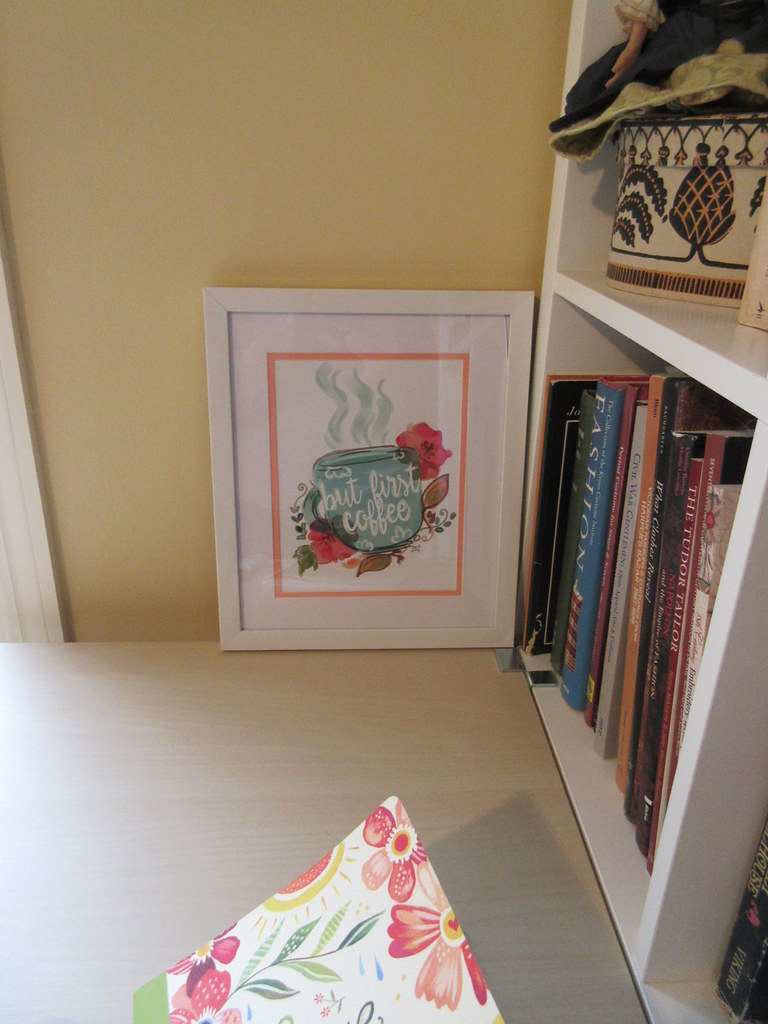 You got that right!
Posted by Katie Lovely at 7:00 AM