When Rich and I moved into our very first house together, we made a deal.  He wanted the basement workshop for his hobbies.  In kind, I got to claim my first pick of the bedrooms as my sewing room.

I've mentioned before that while the house is really cute outside, it wasn't anything special in terms of decorating on the inside.  It was all perfectly livable and in good repair, but definitely not done in colors or trims that I would have chosen.  Slowly, I've been working on that!

I chose one of the two upstairs bedrooms for my space, which was very beige to start with as you can see from the photos above.  Not terrible, but certainly not exciting.  And based on the evidence I've uncovered while renovating, it looks like at one point this room was BLUE.  Like,  BLUUUUE.  TARDIS blue?  Royal blue?  Some sort of really bold blue.  Unfortunately (or fortunately, since it's been beige-d over) not a very attractive blue, but I imagine a very young boy might have found it a nice color to grow into? 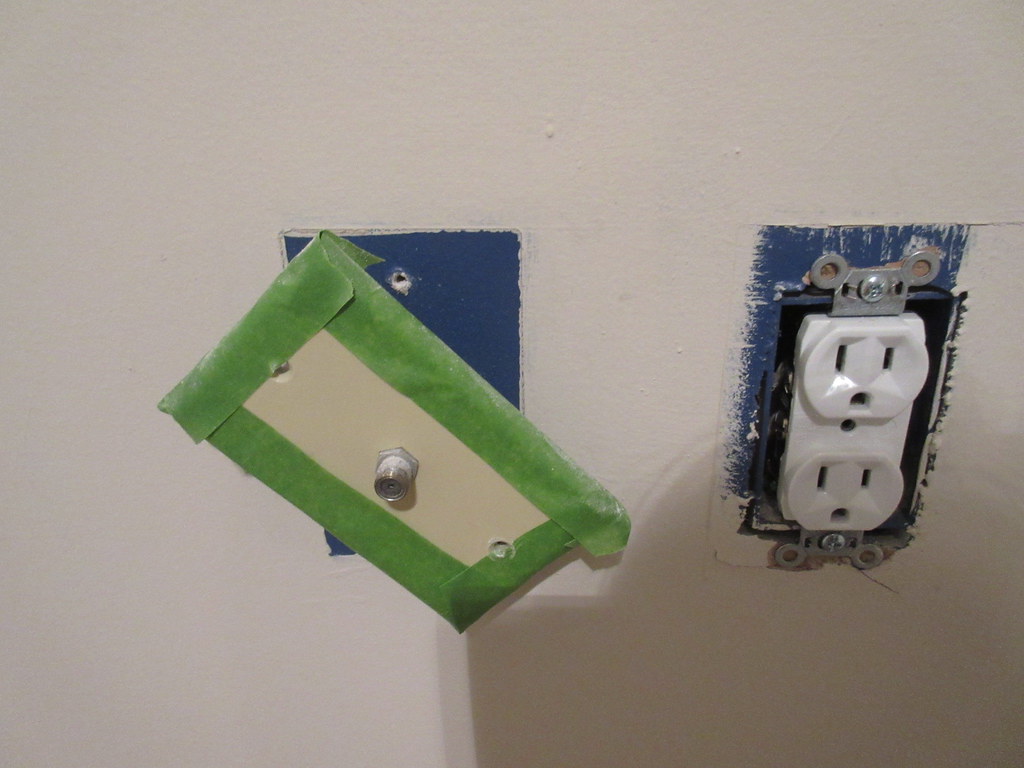 No, actually, it's just ugly.  But thankfully all that remains of the BLUE paint is some shadowing through the beige in one spot, and some spots behind electric switch covers that didn't get painted.  Which begs the question...who doesn't remove plate covers when painting?

The painting in this house is a bit DIY meets WTF.  I'm sure my efforts aren't much better, but...WTF.

Anyway, the first thing I wanted to do something about was the popcorn ceiling.  Does anyone actually like popcorn ceilings?  I mean...I get why they were popular.  Getting drywall 100% flawless is difficult, and doubly so when you're working overhead.  But c'mon...there's got to be a better solution that popcorn ceilings.  Sadly, in 1979 when the house was built, popcorn was common.  And, guess what?!  So was asbestos.

Asbestos was outlawed in building materials in 1978 in the US.  However, the ban didn't force everyone to immediately dispose of all asbestos-containing supplies they already had, so it's possible to still find asbestos building materials in houses built after 1978.  For this reason, it's very important to make very very certain that anything you're going to rip out of your 1980s house does not contain asbestos.

That all sounds really intimidating, right?  Well, it's not.  You can get asbestos testing kits on Amazon, of all things.  For like $7 plus the $40 testing fee, you can put your mind totally at rest about whether or not you're giving yourself cancer.  Worth it! 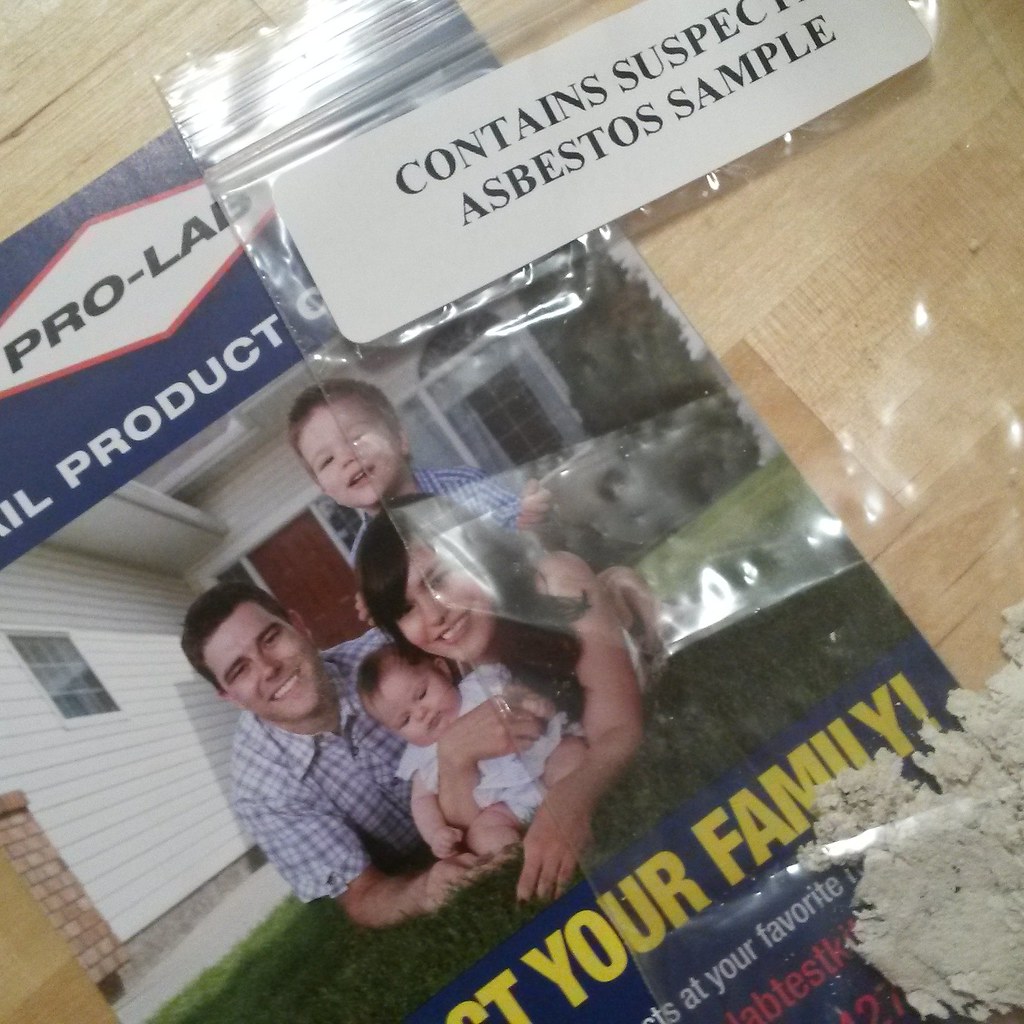 This is not a DIY home improvement blog, so the only thing I will say about the process of removing popcorn ceiling is that it. is. MESSY.  I would totally do it again.  But it is messy as all hell and the dust WILL get on everything, and your husband WILL think you are crazy.  Or maybe that's just mine.


It was so damn messy I only took these two photos.  This isn't even the half of it--this was MILD mess compared to where we were at by the end.  Also, I'm not going to talk about all the things I did wrong in patching the drywall underneath, or how much sanding drywall sucks.  In the end, I decided that perfection was the enemy of progress and stopped obsessing about my newly naked ceiling's flaws. 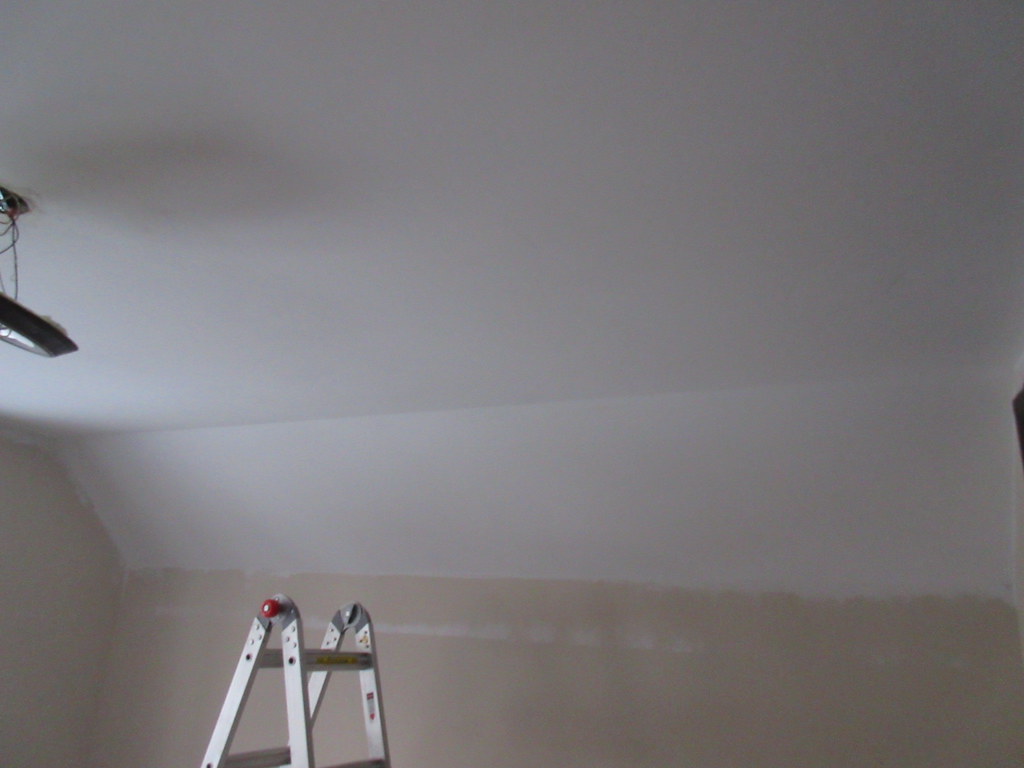 Subsequent photos from this phase of doing the ceiling all basically look like this, in varying shades of white.  Two coats of sealer/primer, two coats of Dover White in flat finish. 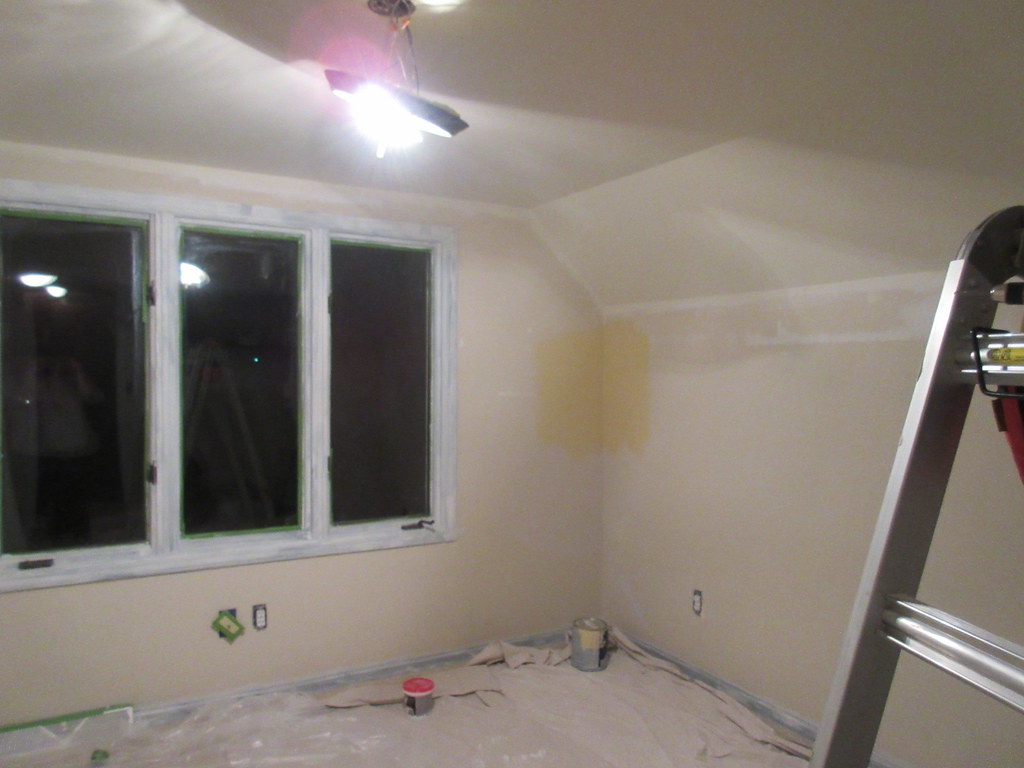 Trim primed!  I used a chemical sander/deglosser, followed by a bonding primer that was very much like painting with Greek yogurt.  Except for the part where it doesn't wash off when you get it on your skin.  Or in your hair.  At that point, all my coworkers suddenly knew I was in the midst of a painting project. 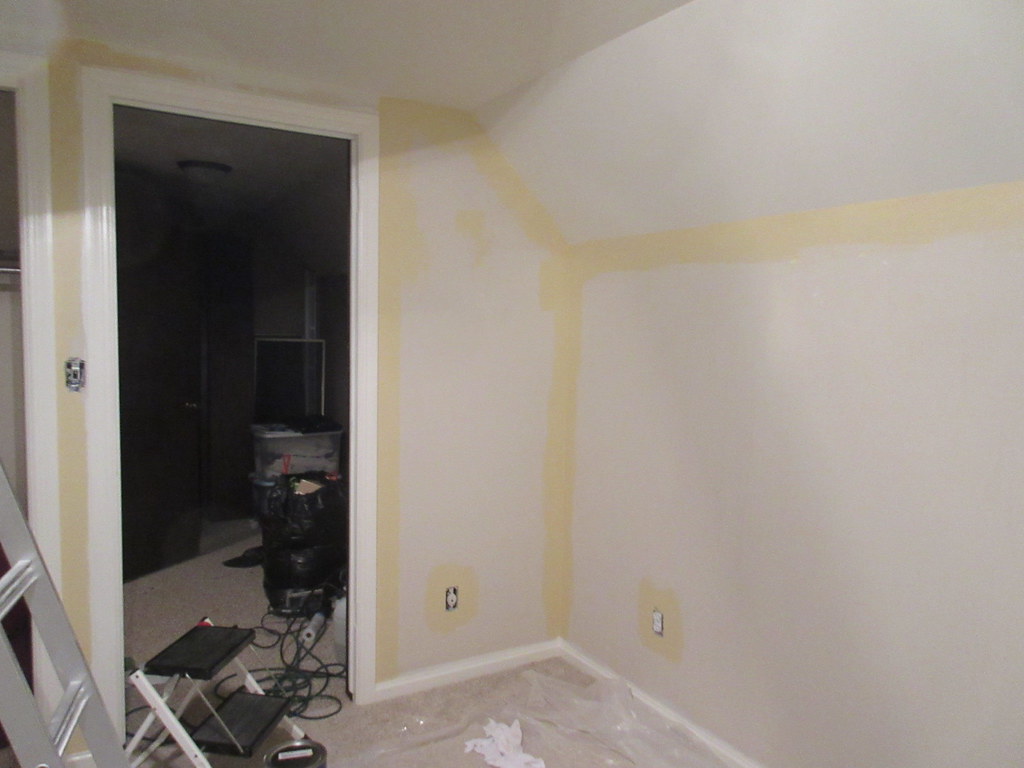 The trim got two coats of Dover White in semi-gloss and will probably need a third coat.  Mehhhh.  The walls are the same soft yellow I used in the kitchen and dining room, Compatible Cream.  They're actually two colors on the same Sherwin Williams swatch card, and I love how they look together!  Dover White is very warm and creamy but still reads as white, rather than ivory, and Compatible Cream is just a really nice soft yellow without being baby-y or lemony.


And done!  The cats are so glad to have all the plastic and drop cloths up off the floor, although the kitten did enjoy tunneling underneath the drops and trying to swat our feet.  They moved right in as soon as all the ruckus died down; I'm sure I'll end up putting a cat tree or shelves or something in there for them!

Of course the first thing that happened after re-opening the room to the public is that our long-haired kitty, Lucie, horked a hairball up on the carpet.  I suppose we say with sewing, it's not a real project until you've bled on it...this is the same idea, right?  *sigh...*