Well hello, winter.  I see you've finally decided to show up.  My poor British husband doesn't know what's hit us--I've been telling him not to be a baby because we've had a pretty mild winter so far, but I guess I can't say that anymore.  Temperatures are in the negatives (Fahrenheit) and there's all sorts of warnings out for visibility, snowfall, wind chills, and frostbite.  In case you were wondering, 15 minutes or less to freeze bare skin means it's HELLA DANG COLD out.  The dog doesn't even want to go out to poo anymore.  On the bright side, cold weather means fuzzy blankets and puppy cuddles, so that's a plus! 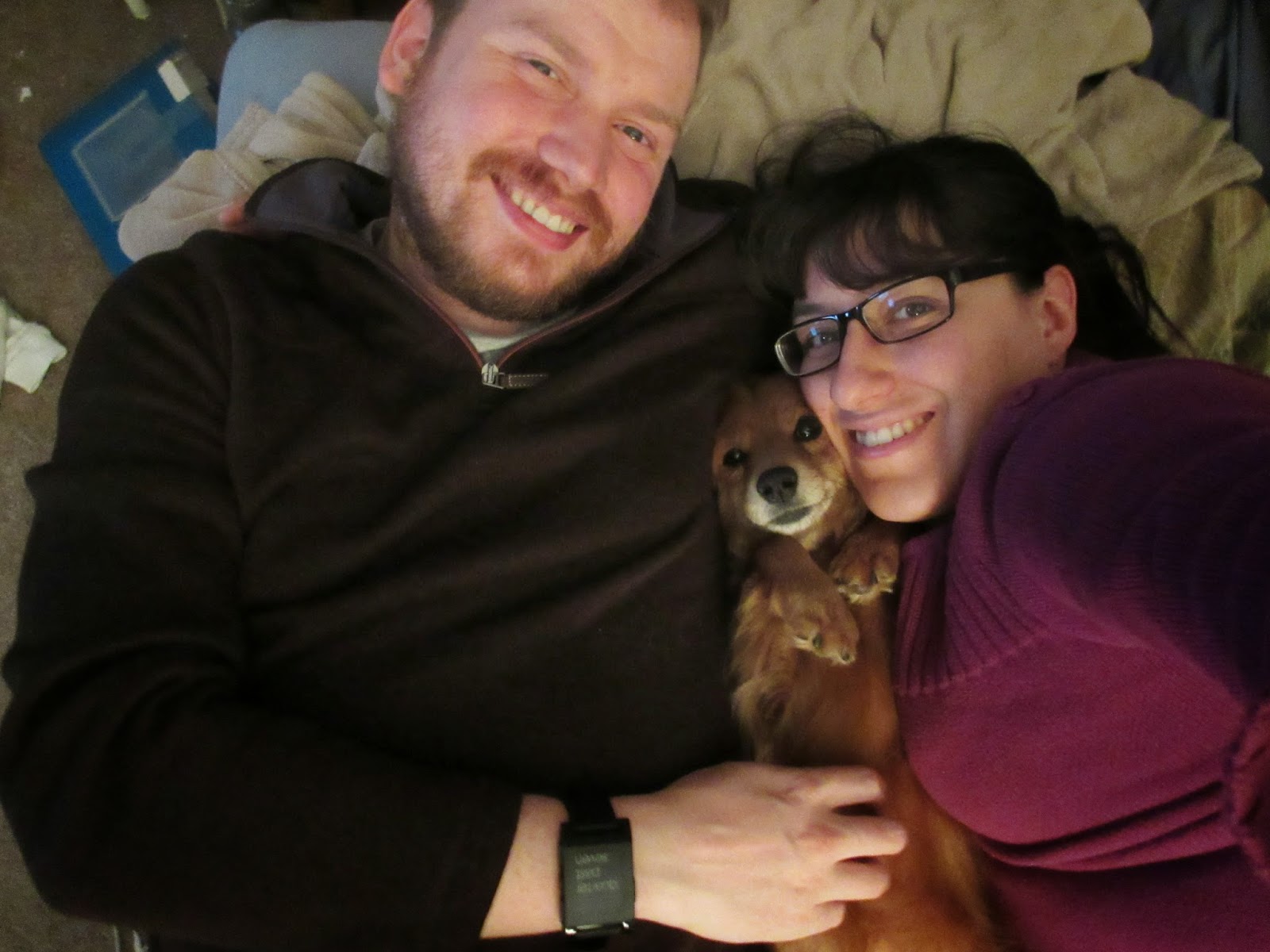 I'll admit to not making very much progress on my stays this past week.  It's been breathtakingly cold, so curling up under the electric blanket and cuddling the dog has been very tempting.  Also, the hot water heat in our apartment building froze on Monday, and the complex shut off our water with no warning or explanation related to this.  We got water back by the time I got home from work, but not heat until later that night...so that was fun.

The next day, Rich started a new job!  Which was exciting, but one thing I didn't realize was that it would mean I'm not only in charge of preparing dinner, but also two lunches now as well.  When he was home, I would take our lone car to work and then come home on lunch and make us both food.  Now, we're packing lunches ahead of time, which feels like way more work and prep than just making lunch at home.  I feel like all I've done for the past three days is think about, plan, prepare, package, and pack food for lunches!  When I'm not making dinner or doing dishes or cleaning the kitchen, that is.  Ugh.

So yesterday I finally got my poop in a group and took some sewing with me to work.  Since Rich now takes the car to his job after dropping me off in the morning, I have a whole hour for lunch, nowhere to go, no transportation, and it does NOT take me an hour to eat.

Anyway, over the weekend, I had traced my stays pieces onto twill and cut out two layers with big ol' seam allowances, and then cut the wool layers.  Rather than having ten pieces all bristling with pins to work with, I decided to baste all my stuff together.  So that happened on lunch yesterday, and a bit last evening.  Except for two pieces that needed to be pressed before basting.  So I busted out the iron.  Aaaaaannnnnd... 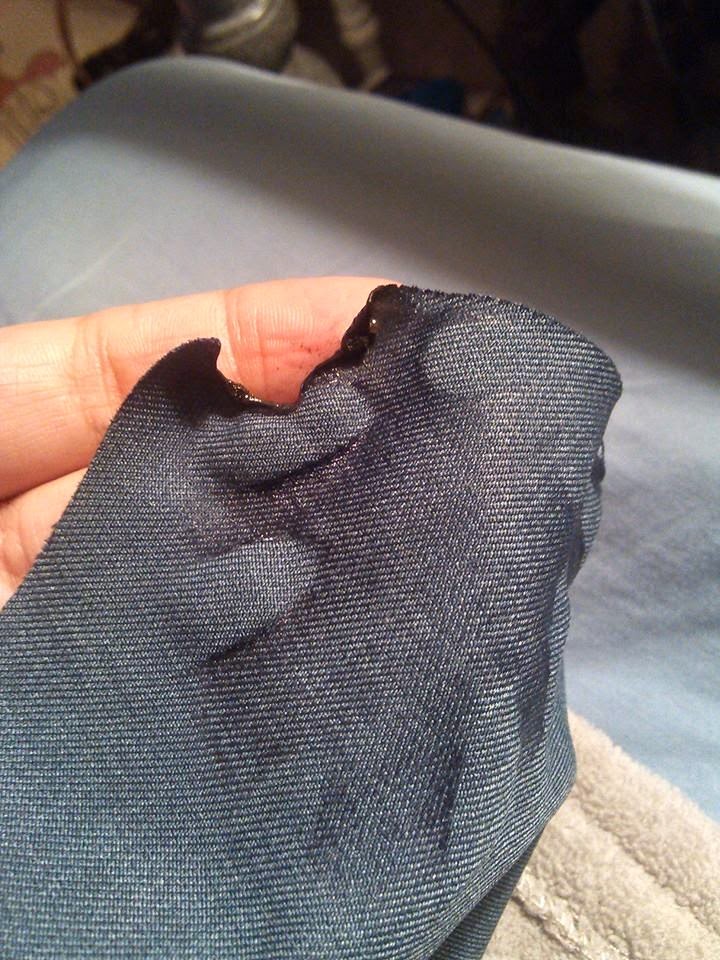 Well then.  I know you're not necessarily supposed to iron wool on your iron's 'lava hot' setting, but even if you do, THIS is NOT what is supposed to happen!

Now, I'm aware that many, many wools these days are blends.  I've been told that it's difficult for today's manufacturing processes to handle a 100% wool and that there are often small percentages of nylon or acrylic added.

But folks, this was SO synthetic.  For reference, here is what a burn test of a all-or-at-least-mostly wool should look like: 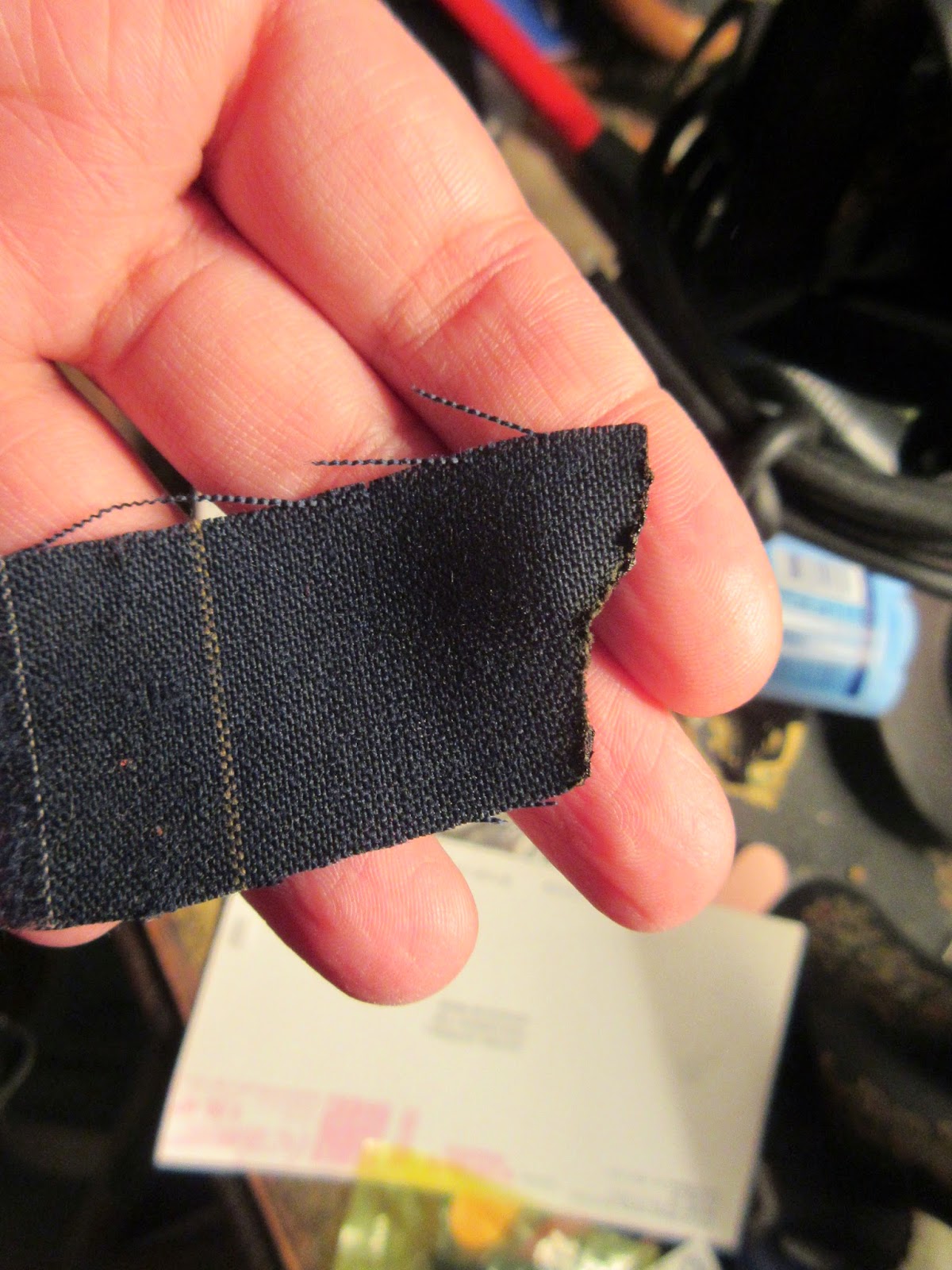 Differences between the burn tests I conducted included:


So basically, the piece that I melted with my iron shows very little evidence of containing much wool at all, and the second piece that I compared it to is most likely 100% wool for realsies--or very, very close.  In any case, it's mostly sheep.

Anyway, I then proceeded to become VERY grumpy and ripped all my hand basting out (8 of 10 pieces were done, dammit...) and will today be re-cutting my wool layers.  I'll be using the same stuff I cut my swatch from, which is a lovely piece of fabric--but ugh, really?!